COVID-19 pandemic has affected majority of countries in Africa. Confirmed cases of COVID-19 in Africa were 189,559 as of 8 June up from 51,000 a month ago. The numbers are growing fast. A new report by the Partnership for Evidence Based Response to COVID-19 (PERC) revealed some worrying findings about the impact of coronavirus on the lives of many Africans. Half of respondents to the survey, conducted in 28 African cities, said they would run out of money if they had to stay home for 14 days. The lowest-income households expected to run out of food and money in less than a week. African Enterprise is privileged to being in the forefront in responding to this global crisis. With the help from our supporters, African Enterprise is implementing COVID-19 programs in 11 African countries through five key areas of intervention:

In addition to the five intervention areas, teams are encouraged to embrace the following for maximum impact: 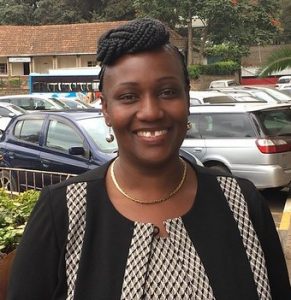 Kayole is one of many slums located on the outskirts of Nairobi, Kenya’s capital. With an estimated population of 700,000, most of its residents live in abject poverty in homes that lack electricity and running water. Additionally, more than 60% of the population are unemployed with most families living on less than one dollar a day.

The Clinic
In 1996, African Enterprise established the Soweto Kayole PHC Clinic which has become the most efficient, affordable and highly respected community based health care centre within the area. However, it still does not have the facilities to assist mothers giving birth or offer full medical attention to those in labour.

The growing need for maternal interventions in the neighbouring slums has forced the clinic to open its doors to local women for outpatient maternity services even before they have the resources to build and equip a proper maternity wing.

HIV Transference
However, even without a fully equipped maternity wing, the clinic has had great success in reducing the transference of HIV from mother to child after birth. We are confident that with a well equipped facilities, the clinic could achieve a nearly 100% non-transference rate if the mother is treated during pregnancy and the birth. The Soweto-Kayole Maternity Wing
The proposed facility is a 20-bed maternity until attached to the existing clinic. This clinic will be a lifeline to the thousands of expectant women who are in desperate need of safe and reliable help during their pregnancy and birth.

YOU CAN make this dream a reality and help thousands of vulnerable women and children in one of the most desperate places in Kenya!

With your help, we can provide quality care for the thousands of pregnant women in the Kayole Slum.

When Anastazia Joseph divorced her husband, she was left with four children to care for. She tried getting a job but no one would hire her. She was already 30 and had very few formal qualifications.

In desperation, she took up work as a prostitute.

“I was doing it only so that I should have something by the end of the day to feed myself and my children,” she said.

After a year of this work, she found a job as a security guard and spent long hours watching the properties of various companies. It was lonely, thankless work and she was sometimes treated unfairly.

“The last company I worked at would take deductions from my salary for mistakes that I didn’t even realise I was doing,” Anastazia said.

She had to keep going to provide for her children because she had no other options.

Then on 17th October, 2017, something happened that changed her life forever.

“My church had a crusade in one of big stadiums in Lilongwe and the preacher shared about eternal life and about what one needs in order to attain this everlasting life,” she said

Though she was a faithful church member, Anastazia had never thought about her own need for eternal life.

“At the end of the crusade, the preacher asked if anyone wanted to commit their lives to Jesus so that He could be their Master, so I raised my hand.”

She followed the pastor’s prayer, confessing her sin and giving her life to Christ.

Not long after this, Anastazia switched companies and started guarding the property of a group called African Enterprise Malawi. After a few months of work the team leader, who had noticed the long hours she was doing, told her about a sewing school for women that African Enterprise ran every year.

“He said this when he saw how challenging the job I was doing, especially as a lady on my own. I didn’t hesitate!”

She ran to the project organiser to apply and was accepted in the 2018 class of women.

“For me to come to this vocational centre is by God’s love which I saw through the National Team Leader of African Enterprise Malawi,” she testified.

“I am being reached with the Gospel every day and have already learnt how to run a sewing machine and make straight lines!”

Things are looking up for Anastazia. Not only is she learning a new skill with which to make money and start a business, but God has also answered her prayers and she is engaged to be married.

Christ, her Master, is providing for her needs through the help of African Enterprise.

Even as they grappled with a life-threatening disease, dozens of people in a Kenya town found time to listen to the gospel and turn their lives over to the Lord.

During an African Enterprise mission in Kakamega, a town in western Kenya just 30km north of the Equator, a camp was set up to treat victims of jiggers, a potentially-fatal skin disease spread by sand fleas.

The camp was funded in part by Hong Kong-based Christian group Jireh Fund, which is a praying and caring organisation. The camp was operated with assistance from students at the local Masinde Muliro University and the Kenya Medical Training College.

As some 365 jiggers sufferers underwent treatment, African Enterprise evangelists took the opportunity to share the gospel and pray with them, with 65 deciding to become followers of Jesus.

In addition to helping with the treatment, Jireh Fund provided microscopes to two community medical clinics to help with diagnosis of malaria, which is rampant in the Kakamega region.

African Enterprise leaders say they are very grateful for Jireh Fund’s financial support and encouragement, and for the volunteer work undertaken by the university students.

We think it’s really important to bring you news from the partnership. After the Malindi Mission in June, the work of discipling and caring for new believers didn’t stop.

African evangelists can find themselves involved in offbeat activities as they work to spread the good news of Jesus.

An African Enterprise team visiting the Kenyan city of Malindi during a recent mission decided to demonstrate a practical side to God’s love by helping locals overcome a bedbug infestation.

Bedbugs had been plaguing the Watamu area of the city for a long time, leaving residents bedridden in some cases.

As well as easing the bedbug problem, the exercise proved a victory for the Lord. Some 25 homeowners announced that they were turning their lives over to Him.

The overall Malindi mission reached more than 93,000 residents of the city, with over 10,000 making commitments for salvation.